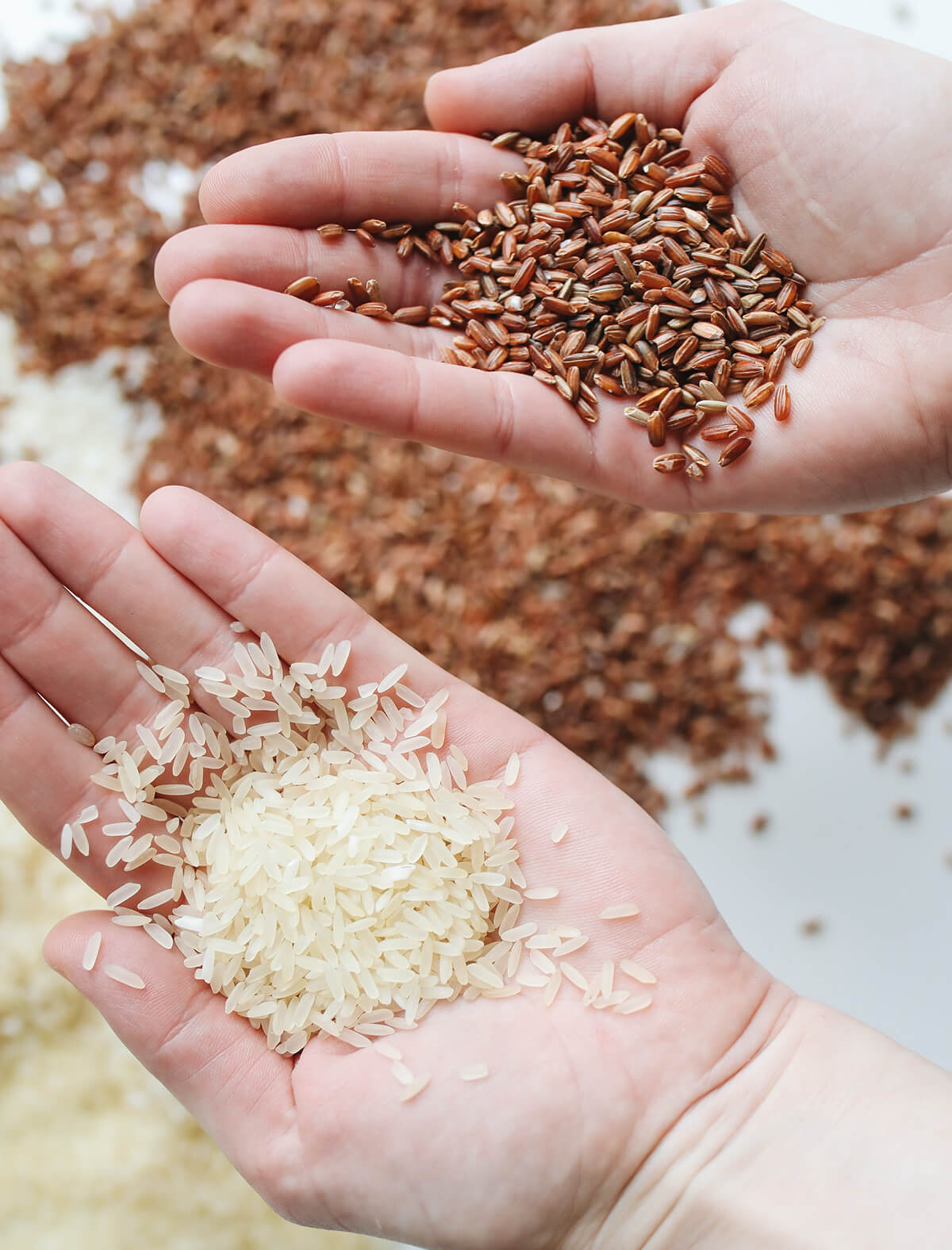 Today's general consumer is overwhelmed with information on whole and enriched grains. With all the conflicting information, it can be difficult to understand what to eat to maintain a balanced and healthy diet.

First, it is important to understand what grains are. Grains come from the seed-heads of grasses, which are then milled or processed into food such as bread, cereals, pasta, and tortillas. Whole grains are composed of an entire kernel - the bran, germ, and endosperm. The bran forms the outer layer of the seed and is a rich source of niacin, thiamin, riboflavin, magnesium, phosphorus, iron, zinc, and most of the seed's fiber. The germ is the part from which a new plant sprouts and is a concentrated source of niacin, thiamin, riboflavin, vitamin E, magnesium, phosphorus, iron, zinc, and contains protein and some fat. The endosperm, which is about 80 percent of the kernel, makes up the rest of the seed and contains most of the grain's protein and carbohydrates.

Whole grains are very nutritious.  They are a good source of dietary fiber and other important nutrients such as selenium, potassium, and magnesium. A high-fiber diet has been shown to help lower your risk of type II diabetes, obesity, heart disease, some cancers, and other disorders such as hemorrhoids, irritable bowel syndrome, and the development of diverticular disease. Whole grain sources include barley, brown rice, bulgur, cracked wheat, millet, oatmeal, popcorn, whole corn, whole rye, and whole wheat and flours from these components. Other pseudo-grains, such as buckwheat, amaranth, quinoa, and wild rice, are often accepted as whole grains.

White flour is made from just the endosperm; however, 95 percent of all white flour in the U.S. is enriched, meaning the three major B vitamins, thiamin, riboflavin, niacin, and iron are added back in the same proportion as is found in the whole kernel. Folic acid is added in twice the amount of that found in whole grains.

Enriched grains are the primary source of folic acid in Americans' diets and, according to the Centers for Disease Control and Prevention (CDC), have been credited with lowering neural tube birth defects by 34 percent in Whites and non-Hispanics and 36 percent in Hispanics since folic acid fortification of enriched grains became mandatory in 1998. Enriched grains also account for a major source of iron in the diets of most Americans. Fortification of folic acid has also been shown to reduce the incidence of strokes in the U.S. and Canada.

All types of whole and enriched grain products are good for you and are one of the healthiest and most convenient foods available. Mistakenly thought of as fattening, grain products should fit into a healthy-eating plan-especially as evidenced by the USDA's new MyPyramid. The recently released Dietary Guidelines recommend at least half of all grain products consumed be whole grain products and the remaining from other grain sources, including enriched ones.  However, due to some of the processing methods used in creating enriched grains, some people may have a sensitivity to them and they should avoid processed grains for more natural whole grains.

Trends such as low carbohydrate diets may come and go, but grains are here to stay. When choosing grain products, consider the many types available and vary them in your diet. Grains can increase your protein intake, add fiber to your diet and provide the appropriate carbohydrates for your muscles. Eating a variety of grains not only ensures you get more nutrients, but it can also make meals and snacks more delicious and delightful.