Have you heard about the amazing benefits of Oxygen Therapy?  Hyperbaric oxygen units are no longer limited to diving and flight schools or wound care and trauma centers, these services are now available in health and wellness facilities across the nation.

Try our oxygen therapy at our Batavia, NY location now!

Thanks for submitting your contact information.  Someone from Health and Wellness will be in contact with you about scheduling an 02 therapy session.

Something went wrong. Please check your entries and try again.

What Is Hyperbaric Oxygen Therapy?

Humans depend upon the consumption of oxygen and most atmospheric air is comprised of roughly 21% oxygen.  Oxygen is necessary for the production of cellular energy in the mitochondria of every cell in the human body.  Hyperbaric oxygen treatment (HBOT) upgrades the body's common recuperating process by an inward breath of gathered oxygen in a totally encased chamber, where barometrical weight is expanded and controlled.  This use of higher concentrations of oxygen in a high-pressure atmosphere has been shown to have extraordinary health benefits.

Under typical conditions, oxygen is transported all through the body just by red platelets. With HBOT, oxygen is broken down into the majority of the body's liquids, the plasma, the focal sensory system liquids, the lymph, and the bone and can be conveyed to regions where dissemination is lessened or blocked. Along these lines, additional oxygen can achieve the majority of the harmed tissues and the body can bolster its own mending procedure. The expanded oxygen enormously upgrades the capacity of white platelets to eliminate microscopic organisms, lessens swelling, and enables fresh recruits vessels to develop all the more quickly into the influenced territories. It is a straightforward, non-intrusive, and easy treatment.

HBOT described above uses pure oxygen and can help where healing is slowed down by infection or where blood supply is limited by damage to the tissues.  However, 100% oxygen is considered a drug by the FDA and one needs a prescription to use it.

Mild HyperBaric Therapy (MHBOT) has shown significant results and uses around 95% oxygen in 1.3-1.4 atmospheric pressure.  This is a much less intensive treatment that has little to no risk and great benefit and this is also the type of HBOT that we utilize at Health and Wellness.

Possible side effects noted during HBOT can include ear-popping, mild sinus discomfort, or claustrophobia. Other rare side effects include temporary short-sightedness and pulmonary oxygen toxicity. Very rarely, oxygen toxicity induces seizures.  Most patients do not experience any symptoms immediately after HBOT and can return to work the day of treatment. Some patients, however, may experience temporary changes in vision when completing more than 20 HBOT sessions. These side effects are milder during MHBOT. 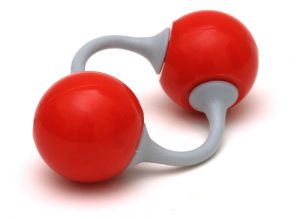 OXYGEN IS THE KEY

Our cells, just like our bodies require oxygen, water (hydrogen and oxygen), nutrients, and sunlight. Of the four, oxygen is the most vital ingredient. A person can only survive several months without sunlight, around four weeks without food, and about 10 days without water. However, NO ONE can survive 40 minutes without oxygen!

Want to find out more?

Check out this article from Three Elements Inc. about Oxygen and its key role in prevention and even part of a treatment for certain disease states.

VIEW THE OXYGEN IS KEY WHITEPAPER

IS OXYGEN THERAPY RIGHT FOR ME?

Hyperbaric oxygen as an adjunctive therapy in treatment of malignancies, including brain tumours. Expand

Not finding what you are looking for?
Get in touch with a member from the Health and Wellness staff and we will get back to you within 48 hours.

Sign up for our newsletter (coming soon!) and receive tips on how to become a healthier and happier person with a shining aura, and gifted mind.

Thanks for subscribing! Please check your email for further instructions.

Something went wrong. Please check your entries and try again.
×